So here we go, my personal list of my favorite releases of 2017.
Surely I missed some solid records this year so enlighten me in noticing some in the comments section.
I didn't include the albums have been involved with (Gypsy Roller, Smacked! a tribute to Ilari Claude Peltola, Eduardo Martinez and The Thunderclouds) even if they would have deserved to be here.

Now have a look to my list (in no particular order) from Sleaze to Doom. Or the opposite. And a bit of Blues and AOR (as I'm getting older I guess...) 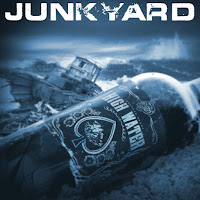 
The band is back on tracks since 2008 (well, something like that) and is performing live on a regular basis. I saw them for the first (and only) time during their European tour in 2009 and it was great.
But the band didn't feel the urge to go back in studio during all these years. Finally they are now delivering their 3rd studio album (25 years after their 2nd) and it was worth the wait !
The raw energy is still here, the quality of the songwriting as well and the sound production and musicianship are great. The album got rave reviews everywhere and its nothing but justice.
"Cut rom The Same Cloth", "'Til The Wheels Fall Off", "Hell Or High Water", "Hellbound" are pure gems. Long live Junkyard ! 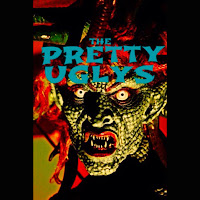 
I told you about the band a few weeks ago so let me quote myself :  "(...) pure dirty, sleazy, good-time Rock N Roll with catchy riffs, great vocal melodies, cocky & debauched lyrics and overall swagger. (...) And while I obviously have my favorites among the 9 tracks featured here, the album is solid from start to finish with no filler (just killer). (...)" Read the whole review here.
Excellent record for any 70s hard rock n roll music fans. My only complain would be that it's only available on CDr. Not that it makes any difference while you are listening to it but it's not coming with a cool packaging, lyrics sheet and tasty artwork. For now.
On heavy rotation for months in my player ! 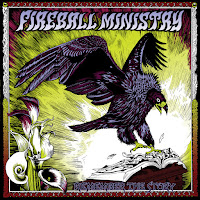 
It almost seems like yesterday when I first heard of the band on the Stoner Rock Community List back in the days. They gave away their original tape for free and I was one of the lucky people to get a copy. It was a blast. Shortly after that they've been signed and released their first album.
20 or something years later the band is still kicking and delivering here a brilliant album in the Fireball Ministry tradition : big riffs, catchy melodies, heavy and perfectly balanced songs. And they know how to use a cowbell too !
Plus, they even have Scott Reeder (The Obsessed, Kyuss...) in their ranks now. Possibly their best abum to date. A must have. 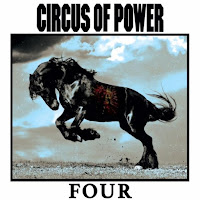 Circus of Power "Four"
(Noize In The Attics)


First we get a brand new Junkyard album after several decades and now C.O.P. are treating us the same way. Damn, heavy blues rock n roll is cool again !
The record contains 14 songs, from classic C.O.P. style to stoner rock, and T-Rex or psychedelic influences for good measure. A diverse album that already obtained rave reviews all over the world (wide web). If there are tracks co written by Ricky Mahler and Gary Sunshine,  Alex Mitchell is the only original member left. Since more than a decade Billy Tsounis (guitar) is his sidekick in most of his post C.O.P. bands (Plastic Gator Machine, Fat Nancy, Captain Zapped) and this band reincarnation as well (on and off since 2006). John Sharkey is doing a stellar job on bass while Brant Bjork (Kyuss, Fu Manchu, Che...) is behind the drumskit doing his magic.
I already knew half of the songs included here in previous carnation over the years so my attention really focused on the new ones. My favorites are probably "Blood At Standing Rock" and "See The Sun" (their groove being quite irresistible) and the first single of the record "Fast and Easy". This one shall probably grab immediate attention from any former Circus Of Power fans. 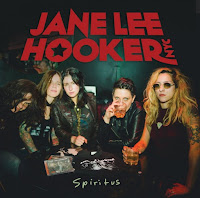 
Based in NY this blues rock band is probably one the best in this genre. If not the best. Their first album was mostly filled with blues classics but performed with such urge and bravado that you could have thought the songs were theirs.
This time the new and 2nd album is featuring originals for the most part and the music is still delivered with the same passion and efficiency than on their previous record. The soulful "Mama Said" is a stellar track with every band members on the top of their game. But you won't find much to complain about here, unless you can't stand blues music.
Dana "Danger" Athens has the pipes to compete with Tina Turner and Betty Davis, the guitars of Tina "T-Bone" Gorin on Fender and Tracy Hightop on Gibson are equally great yet complementary and the rhythm section powered by Hail Mary Zadroga on bass and Melissa "Cool Whip" Houston on drums are tight and groovy enough to allow the songs to really stand out.
"Ends Meet", "Be My Baby", "The Breeze" are other examples of the talent of this wild bunch. Top notch. 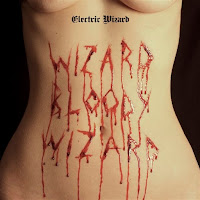 
Damned ! This new Electric Wizard opus is exactly what I was expecting from them. These days they are back to their original sound and by that I mean records such as "Come my fanatics" or "Electric Wizard". They are heavy, menacing, a bit psychedelic and the sound production stay true to the 70s vibe.
"Necromania" and "Wicked Caresses" are intoxicating and highly addictive. And the rest of the album is equally good.
Brilliant ! 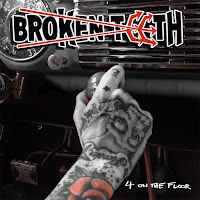 
There is quite a few AC/DC-ish bands around but few in my opinion really gets it since most of them sound like they only knew a couple of DC's albums from the 80s or 90s even ! Malcom and co were a blues Hard rock band and this record sounds just like that.
The secret ? Simple yet highly effective riffs. And Broken Teeth might be the best at this game nowadays. Their single "Sinful" is a perfect example. The track is so catchy that you can't help but instantly love it. And songs like "Borrowed Time", "Let The War Machine Roll", "All Day Sucker" are equally good so you know that something is happening here.
The band also paid tribute to Lemmy with "Never Dead" demonstrating -if necessary- that they can rock hard and fast as well.
30min of pure 70s hard rock n roll pleasure. 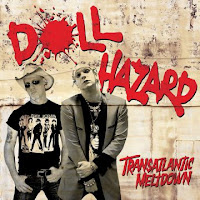 
Doll Hazard is a recording project of Suicide Bombers frontman Chris Damian Doll and Dirtbag Republic's Sandy Hazard. Both aforementioned bands have released albums this year so it was a bit of a surprise to discover these two gentlemen have secretly worked on this record over the past year.
And, obviously I'm enjoying the result. The music is what you would expect from them : sleaze punk rock.
The opening track "Cats Got Your Tongue" grab you instantly and is a reason enough to justify the album to be in this very list. The album is filled with well written anthem ("Rock N' Roll Prostitute", "Fire & Gasoline", "Walk On Water"..., but you will also find the mellower track "Doghouse" which reminds me of Faster Pussycat's "House of Pain". Cool song. And the additional piano is a nice touch.
"You're In My Head" they say. Sure they are in mine. Waiting for a second album now.
The album is only available in physical format (in CD for now, possibly in vinyl in the future) so be wise and order a copy. 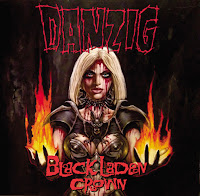 
This most controversial and hated rock figure is back and stayed true to his own style. You don't pick a Danzig record wondering how it's gonna sound, you already know it. But the question is : will it be a good or a bad one ?
As you guessed it I went for the first option. I won't say it's as good as "How the Gods Kill" but close enough to ended in my Top 10.
Because the songs are quite great here with special mention to the first single "Last Ride", "Devil On Hwy 9" and "Pull The Sun" the track that closing the record. The whole album is solid and monolithic as you would expect from such genre so there's no reason you won't like it.
And admit it : you love to hate him ! 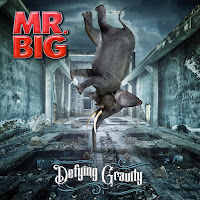 
I never considered myself as a Mr Big fan. I'm usually listening to an album once and move forward, so I was quite surprised to enjoy their new album that much even if I always recognized that they all were gifted (and hard working) musicians that knew how to write catchy songs and not just showing off like many of their peers. Because the most important thing on a record remains the quality of the songs and the soul within them. And if "Nothing Bad (Bout Feeling Good)" is a bit cheesy, tracks such as "Defying Gravity", "Everybody Needs A Little Trouble" "Open Your Eyes" or "1992" are just brilliant rockers !
You can hear all along the album that these guys are enjoying what they are doing and it was the same on stage when I saw them a couple of months ago.
The record may seem odd on this list but, hey, what can I do ? Everyone has guilty pleasures !