Some bands never quit. Every Mother's Nightmare is one of them and they just delivered a new album entitled "Grind".

Even if I knew the band back in the days I never really was into them. I believe I saw them opening a gig at L'Elysée Montmartre (Paris, FRANCE), possibly for The Cult, can't recall exactly. The show was good and effective but it just wasn't the right timing for me then.

Recently I've been asked if I wanted to review their new album "Grind" so I gave the album a few spins before answering. Apparently I said yes. 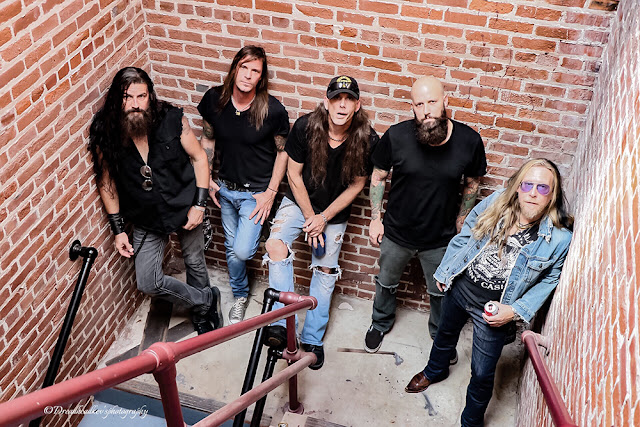 Every Mother's Nightmare formed at the tail end of the 80s and quickly gain recognition with their first 2 Arista rec. albums. But like many hard rock bands of this era they disappeared during the early 90s.

At the time record labels and the music press were mostly giving support to anything from Seattle. The Grunge didn't kill the so-called Hair metal, the industry did. A big part of the bands were already dead or irrelevant anyway. But that is another story.


The new EMN album, the first in 15 years,  contains 8 new studio tracks and 3 old songs recorded recently live in concert.
Actually the band released some of these very songs as an E.P. a couple of years ago so they might not be as new as I said for some but were for me at least.


Based on their first 2 albums this new one could sound as a big departure from their original style and typical hard rock/glam metal of the late 80s but the band have released 3 studio albums between 2001 and 2002. And like their logo suggests they evolved into a more late 90s kind of metal then.

Quite diverse yet coherent you can't really pigeon-hole them. They are no Glam metal, or Grunge, or Alternative/Indie Rock, or just Metal. But with elements of all of these.

Kicking off with "Loco Crazy" you immediately get a good idea of how the whole record is gonna sound. Heavy but catchy and songs oriented. And the following tracks are exactly that. "Snake", "Upper Hand", "Sacred Circle" and "Swing Again" are all in-your-face kind of tunes while still delivering extremely memorable melodies and riffs.
"Stand Up" being more bluesy and groovy and with the addition of the legendary Jim Dandy to add a southern flavor to it as well.
Tasty guitar work, driven rhythm section, enough hooks to turns you as an addict by pressing "Play" over and over again and a voice versatile enough to suit the different moods throughout the songs from metal to pop (to some extent).

Just like Stone Temple Pilots the band surely find their own way to play anything they want and still sound like, well, themselves.

"Blown Away" and "Days are Through" brings a more Alternative/Indie touch. Mellower, these tracks made me think of bands such as Bleeder, Smashing Pumpkins or even Oasis. If MTV was still a musical channel they could become hits. It sure could have been during the mid-90s.

The special guests from Shinedown, Saliva or Black Oak Arkansas also contribute to give you an idea of the musical range you get here.

In addition of the new songs, you can find 3 live recordings of tracks taken from their first 3 albums performed with the same energy and talent than the rest of the album, making them sound like new ones.

There is no doubt that Every Mother's Nightmare are seasoned songwriters and musicians and the sound production is excellent and suit perfectly their music.


"Grind" is a really well-balanced and well-written record. And their best to date.


Now check the several official videos made to support the album and make your own opinion. Then buy your copy ! And let's hope it won't take 15 years to get a follow-up. 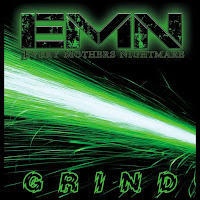 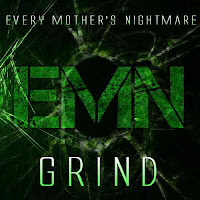 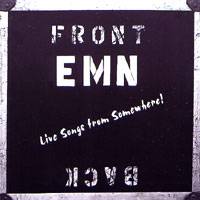 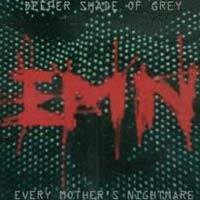 Every Mother's Nightmare "Deeper Shade of Grey"
(2002 - self produced) 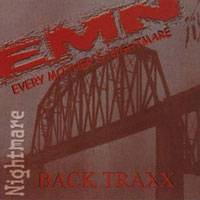 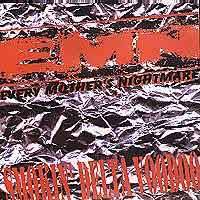 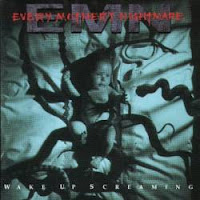 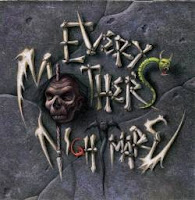